The Boulder 14ers and Colorado Lumberjacks were both looking to rebound after recent doubleheader sweeps. This would be a crucial game between the second and third place teams in the league as starting pitchers Terry Straber and Conner Cuminsky went head-to-head.

The teams were scoreless through the first four innings with each pitcher striking out seven in that frame. Straber had a no hitter going through four but like Cuminksy, he lacked run support early . The 14ers finally broke through after leaving runners on base in the previous innings. With one out in the top of the fifth, Jake Miller grounded one to the gap at short that was overthrown by Dylan McKee to allow Stephan Leo to score the first run and put the 14ers up 1-0.

The 14ers punished this fielding mistake by the Lumberjacks by scoring three more runs in the inning to take a commanding 4-0 lead, pushing Cuminsky out of the game in the fifth.

The Lumberjacks got on the board in the sixth as Straber started to struggle, falling behind in counts. But he got some help from his defense which limited the them to one run in the inning.

“I was just trying to think just get it over the plate see how far he could hit it and half the time he would get himself out,” said Straber on his confidence to throw strikes when behind in counts.

The Lumberjacks continued to put runners on base in the late innings but the 14ers kept catching them off guard for base-running mistakes. The 14ers also added a set of insurance runs in the eighth to give them a comfortable lead late.

The heads up base running defense of the 14ers sealed the fate of the game as they made the last out by throwing out Isaac Smith stealing third. The 14ers got a major win as they now hold a commanding spot at second place in the MHCBL with a 12-7 record.

Since starting the season with several early cancelations, the 14ers have slowly put themselves on the map as a force in the league.

“We just rally,” 14ers pitcher Isaac Parks said on the team’s resilience through the early cancelations. “We’re a bunch of dogs who get on the field, the Bad News Bears, we’re just some scrappy players that get after it.” 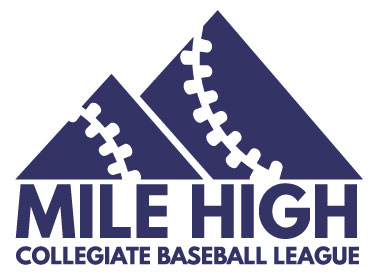